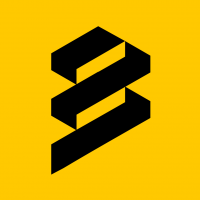 Bidtimize is a full stack programmatic platform built for data-driven marketers. We are using the latest and greatest RTB technologies of artificial intelligence-powered tools to create futuristic, unique, and powerful displays advertising that are tailor-made to achieve your campaign goals.

Open Web VS Walled Garden – Which One is Better?

Meta Description: Wondering which one is better for advertisement? Walled Garden or the Open Web? Read this blog, to get a complete analysis of open web vs walled garden.

An adviser who chooses the platforms wisely to run ads for attracting prospects goes a long way in the marketing business. There are now a lot of social media giants, search engines, and others where the lion's share of the budget of the advertisers is spent.

Now the question is, are the advertisers spending their money wisely?

Advertisers spend their money frequently on two types of traffic sources which are walled gardens and open web. We would dig deep into both these traffic sources and find out which one is better for an advertiser based on its pros, cons, and relevance.

What is Walled Garden?

Walled Gardens are the big tech giants where consumers spend a lot of time. In a walled garden, all the control of the type of content is controlled by the platform itself. The consumer data are not made public which gives the platform owners the sole ownership of the data.

Some of the most common walled gardens examples are Google, Facebook, and Amazon that make over 30 percent of the time consumers spend online.

The reason why consumers spend so much time on walled gardens is that they offer value to the consumers for free. They do take valuable data from the consumer which is very useful for an advertiser.

Now, the question is why these giants are able to give such valuable services to people all across the globe for free. It has been found through various research that over 70 percent of advertisement budgets are spent on walled gardens.

There are some advantages of walled gardens that make them popular among advertisers even today. Most advertisers had been using them for advertisement for decades and still now market their campaigns on these walled garden platforms.

Walled gardens make it easy for everyday people to run ads of their business on platforms like Facebook and Google. When these platforms were first launched, they were an exceptional alternative to traditional advertisements like TV, newspapers, and others.

Walled Gardens provides opportunities for small business owners to represent themselves as brands. It allowed many entrepreneurs to thrive with a very low marketing budget.

They have a lot of data from the customers

Facebook, Google, and Amazon have all the data available which is like a gold mine for marketers. A marketer can target their ideal audience using these data by selecting attributes of their ideal customer before running campaigns.

With Google, advertisers can select keywords and use the search term to target people who wants a particular query to be answered. All these abilities make it easier for a marketer to sell their services and products to the right customers.

Combined with other third-party CRM software to collect the contact information of your ideal customers, you can build your own database.

You can maintain a good customer relationship, sell other products, increase your brand awareness, inform about a new product launch, and much more once you get them added to your database.

Facebook pixels can be used to retarget people once they have visited your landing pages. Google can be used for retargeting as well. You can launch a retargeting campaign for people based on certain actions that they took on your website.

It has been found that most people don't buy a product the first time when they come across them online. Retargeting helps to make a sale.

There is no way for an advertiser to find out the algorithms behind how companies like Facebook and Google show ads to their audience. These platforms don't show explicitly how your advertising budget is spent.

Even though the walled garden companies do have a lot of data of the consumers, they can't share them with the advertiser. Because of privacy concerns, it is not allowed to share all consumer data on most walled garden platforms.

Another downside is that too many people are running ads on walled garden platforms is that the efficiency of the ads is reducing. Advertising on walled gardens is now very competitive and if you are not an expert in running ads you would most likely experience a negative ROI.

What is Open Web?

The open web is the other platform where internet users spend over 60 percent of their time. They are not blocked by the creators and are said to be a better alternative for advertisement by many experts.

It is not very popular compared to wall gardens as advertisers spend only 30 percent of their advertising budget on the open web.

There are many advantages to using the open web for advertisements that most people are not aware of.

When people are browsing the walled garden platforms in most cases they are just passing idle time. On the contrary, when they are spending time on the open web, they are actively researching what they need to buy.

It is better to advertise people on the open web when the chances of them noticing the ads are much higher. They are already in the buying mode which an advertiser can leverage.

It actually costs less to showcase your ads on the open web compared to walled garden platforms. You can use an established DSP like Bidtimize to negotiate a better price for running a campaign on the open web. Bidtimize would select the perfect platforms for you to run ads on without you having to do any of the manual work.

When you are advertising on open web platforms you get more transparency. You would know exactly where your money is being spent. You can get real-time data of the ad campaign as well.

Looking to learn more about Open Web Or Walled Garden?

"Speak to an Expert"

The open web advertisement is not often used and it can be intimidating for advertisers to spend their money on something that is not so popular.

Need To Have Technical Knowledge

Open web platforms should be explored more which offers better ROI to the advertiser for a fraction of the price. There are enough resources available for advertisers to learn on the open web.

So, If you are Looking for a platform where you can start your advertising on the open web quickly & can get better ROI with the help of data resources, Bidtimize is the platform.

Talk to an Expert Now

Bidtimize is a full stack programmatic platform built for data-driven marketers. We are using the latest and greatest RTB technologies of artificial intelligence-powered tools to create futuristic, unique, and powerful displays advertising that are tailor-made to achieve your campaign goals.